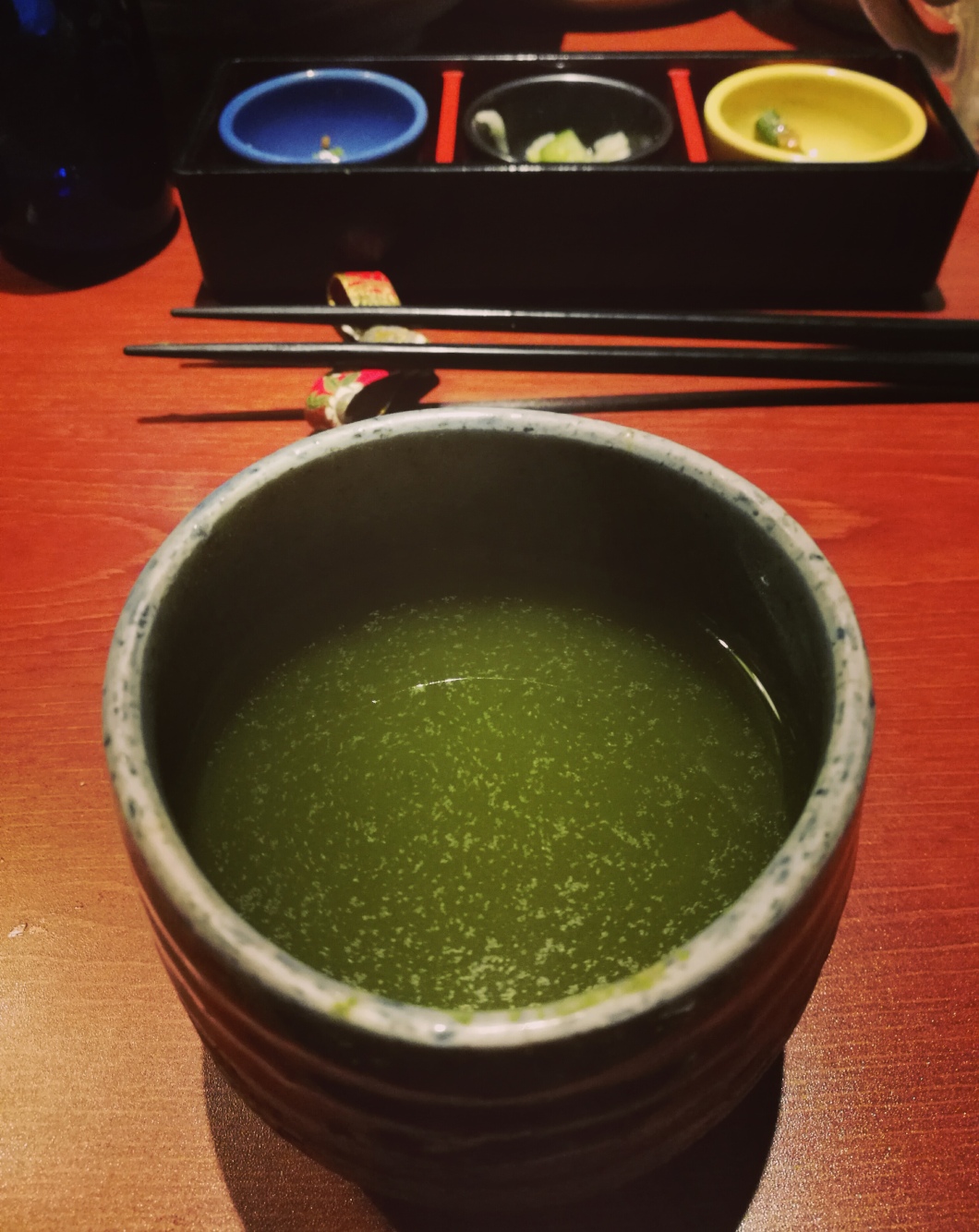 Antioxidants are the magical nutrients and enzymes responsible for fighting against the negative effects of UV radiation, giving us younger-looking skin, and preventing a number of life-threatening maladies. The first amazing benefit of Matcha Green Tea is that just one bowl provides over 5 times as many antioxidants as any other food

For over a millennium, Matcha Green Tea has been used by Chinese Daoists and Japanese Zen Buddhist monks as a means to relax and meditate while remaining alert. Now we know that this higher state of consciousness is due to the amino acid L-Theanine contained in the leaves used to make Matcha. L-Theanine promotes the production of alpha waves in the brain which induces relaxation

Another side-effect of L-Theanine is the production of dopamine and serotonin. These two chemicals serve to enhance mood, improve memory, and promote better concentration – something that can benefit everyone!

Samurai, the noble warriors of medieval and early-modern Japan, drank Matcha Green Tea before going into battle due to the tea’s energizing properties. While all green tea naturally contains caffeine, the energy boost received from Matcha is largely due to its unique combination of other nutrients. The increased endurance from a bowl of Matcha Green Tea can last up to 6 hours and because of the effects of L-Theanine, Matcha drinkers experience none of the usual side-effects of stimulants such as nervousness and hypertension. It’s good, clean energy.

Drinking Matcha Green Tea has also been shown to increase metabolism and help the body burn fat about four times faster than average. Again, unlike many diet aides currently on the market, Matcha causes no negative side-effects such as increased heart rate and high blood pressure.

During the last three weeks before tea leaves are harvested to be made into Matcha, Camellia sinensis are covered to deprive them of sunlight. This causes a tremendous increase in chlorophyll production in the new growth of these plants. The resulting high levels of chlorophyll in Matcha Green Tea not only give this tea its beautiful vibrant green color. Matcha is also a powerful detoxifier capable of naturally removing heavy metals and chemical toxins from the body.

The catechins in Matcha Green Tea have been shown to have antibiotic properties which promote overall health. Additionally, just one bowl of Matcha Green Tea provides substantial quantities of Potassium, Vitamins A & C, Iron, Protein, and Calcium. Further studies have even suggested that the nutrients in Matcha may have the ability to inhibit the attacks of HIV on human T-cells.